BANDY IN FINLAND
Bandy came to Finland from St. Petersburg at the end of the 1890s, entrenching itself most strongly in Vyborg. Merchant Otto Wächter from Vyborg, who was also the chairman of Viborgs Skridskoklubb, brought the discipline to Finland. On 21 March 1899, the Skridskoklubb team played its first game in St. Petersburg, losing 4-5 to St. Petersburg Amateur Sport Verein.

The winter games held in Sweden at the beginning of 1900 were a predecessor of the Winter Olympic Games and bandy was included in the programme. In 1907, similar winter games were held in Helsinki and bandy was again included. The team from Vyborg was not interested in participating, but the club Polyteknikkojen Urheiluseura (PUS) qualified to compete. The winner of the competition was a combined team from Sweden, which defeated PUS as well as the team from St. Petersburg.

Bandy was gradually played all over the country, and after the Football Association of Finland was founded in 1907, activities began to be organised. The first Finnish Championships were played in 1908. In the finals, PUS beat HIFK 8-3. Bandy is the classic Finnish team ball game because it was in this discipline that the first Finnish Championships were played.

After Finland became independent, it was possible to set up a national team. The historic Finnish team was almost entirely composed of the team Viipurin Sudet. Finland faced off against Sweden in Helsinki on 23 February 1919 and won 4-1 in front of 6000 spectators. One of the spectators was regent C.G.E. Mannerheim. Finland’s second national team opponent was Estonia, against whom Finland played six times in the period 1923-34. Today, these national teams meet each other during the short, intensive season at the World Championships and the Russian Government Cup.

Up to the year 2004, Finland has achieved six silver and 15 bronze medals at international World Championship level. At this year’s (2004) World Championships in Sweden, Finland surprised everyone by winning the gold medal for the first time. Finland defeated Russia in the semi-finals and beat Sweden in the finals with a score of 5-4. The Finnish stars were Ari Holopainen in the game against Russia (7 goals), and in the finals, goalkeeper Timo Oksanen and Sami Laakkonen, who scored the decisive World Championship goal in overtime. With his 61 goals, Ari Holopainen heads the all-time goal scoring statistics of the World Championships.
Top Finnish players in the 1940s include Sakari ”Saku” Salo and Erik ”Asken” Åberg; in the 1950s, Kullervo Muurinen, Kauko Korpela, Tauno Timoska and Alpo Aho; in the 1960s, Pentti Jokinen, Pauli Heiskanen, Lars Näsman, Kalevi Pirkola, Esko Holopainen, Pauli Auvinen and Urho Partanen; in the 1970s and 1980s, Veikko Niemikorpi, Jarmo Haavisto, Matti Alatalo, Timo Okkonen, Timo Serenius, Leo Segerman, Esko Tammilehto and Jukka Ohtonen; and in the 1990s, Ari Holopainen, Samuli Niskanen, Sami Laakkonen and Pasi Inoranta.
The most successful national team coach in the 1960s was Reino ”Timpe” Arvola; in the 1980s and 1990s, Seppo Jolkkonen; and in the 2000s, Esko Tammilehto, who led Finland to its first ever World Championship victory in 2004. Club coach Reijo Karppinen has been successful at the international level, leading the OLS to win the World Cup in 1976 (Dex Cup) and the silver medal at the European Cup in 1977. 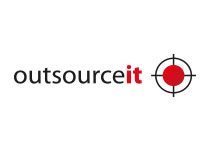 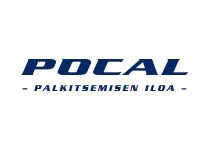 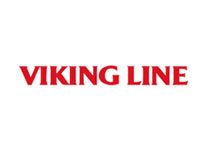 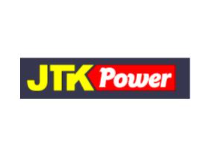